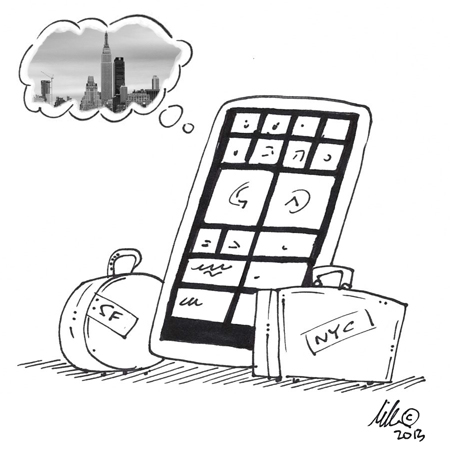 Since the first iPhone was released in 2007, I have been hooked on mobile, and, as a software developer (and gadget geek,) I quickly learned the ropes on how to develop for many different mobile platforms. I always enjoy trying new smartphones so that I can better understand their hidden features and flaws: the things they don’t tell you about in product reviews, or spec sheets, or a quick play session on a display model at Best Buy.

My most recent quest was to discover Windows Phone for myself. Is there some hidden gem that justified Microsoft spending millions on Ad campaigns targeted to lure people away from their iPhones and Android devices and bring them over to Windows Phone?

I picked up a Nokia Lumia running Windows Phone 8 and promised myself I was going to use it as my daily smartphone for one week. Setting up the device was a breeze with importing my contacts and configuring everything I needed for work and leisure.

The Windows Phone Store reminded me a lot of a hackish Linux “app store”: tons of 3rd party apps. Many apps just implemented hacks or webviews to suck in the content. Many top app publishers have ignored Windows Phone. As of writing this, the YouTube client built by Microsoft has received a Cease and Desist order from Google, since it circumvents Google’s advertising system.

To be fair, Windows Phone is an excellent take on different thinking regarding user interaction and experience. It’s not entirely Microsoft’s fault that their app store is stunting their beloved platform, but more the fault of developers for not taking it as seriously. Windows Phone has a great looking interface, but at the end of the day there just isn’t a whole lot you can do with it. Perhaps things will change soon, perhaps not. Until then, Windows Phone is kind of like a small town girl with big city dreams.