Each year on the anniversary, thousands of visitors travel to the memorial in downtown Oklahoma City. Thousands more from across the U.S. and overseas visit the website to experience the words, images and videos the site has to offer. We see a rapid rise in web traffic surrounding the anniversary – with a sharp peak on the 19th.

This year was no different. In fact, as the Oklahoma City National Memorial & Museum commemorated the 15th anniversary of the bombing, web traffic reached an all-time high. We are proud to have fully supported the speed, availability, and back ups necessary for our client to successfully provide a memorable and historic anniversary event.

The graph above shows our traffic by day for the past month. Dramatic decreases and increases occur during business hours as with most websites. April 19th shows a significant change and by 12:00 noon that day, we had already reached our daily average.

Back40 Design hosts over 300 client websites in addition to the Oklahoma City National Memorial & Museum. On average, we serve about 25 GB of data each day, which does not include bandwidth for images, videos or flash content. (We rely on a Content Delivery Network for that.) This year on April 19th, we served a
total of 75.24 GB of data.

This means that while maintaining a two second page load average on all client websites, we served 200% more traffic and successfully tested our hosting infrastructure. We passed our load test and served images, videos, and web pages at blazing speeds. 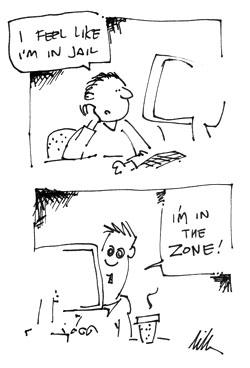 Our No IMs & Tweets Experiment