When I started Back40, I knew I wanted to host websites as well as build websites. So, being a Mac guy, I bought a Mac server. I set it up with a hosting application called WebStar. I developed my database-driven websites in a programming language called MGI. I set up the server at a co-location facility in Oklahoma City.

The year was 2000. I was officially a web design and hosting business. A lot has changed since then. I’ll give you the short version: 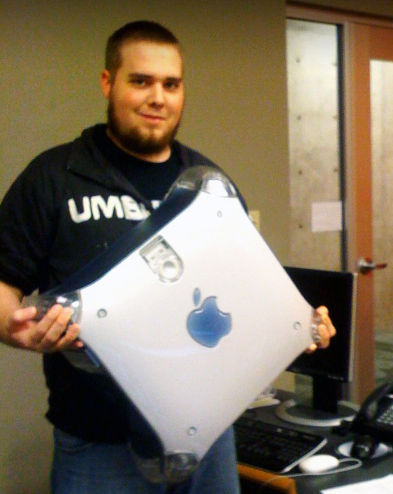 So everything is going great, except we still had this little ol’ co-located Mac server chugging along hosting museums, e-commerce websites and dozens of others. All in all, the platform performed reasonably well for over 9 years. But it was obvious, looking to the future, this set up was obsolete and not an optimum solution for hosting clients.

Last year, we began systematically migrating clients off the Mac server to our hosted content management system, Javelin. The upgrade made sense to many of our clients. Javelin is easy to use and has a lot of built-in content features. And Javelin CMS is hosted on our state-of-the-art data server cluster/cloud thing with redundant this and raided that – all at a gazillion mega-bit burst through put. In layman’s terms: