What Web Developers do with an afternoon off

We reached a goal. So we celebrated.

The Back40 web development team recently completed a three month in-house SEO program (more about that in a future blog). The program increased in complexity every 30 days – the team hit and exceed their goal every month. After the first month we celebrated with a catered breakfast. The next celebration was a catered lunch. And for the final month’s goal we needed 100% participation – no room for mistakes – and we did it. We celebrated with an afternoon off (paid), the only requirement was we had to do something fun and then report back for an early dinner at McNellie’s Pub in downtown Oklahoma City. 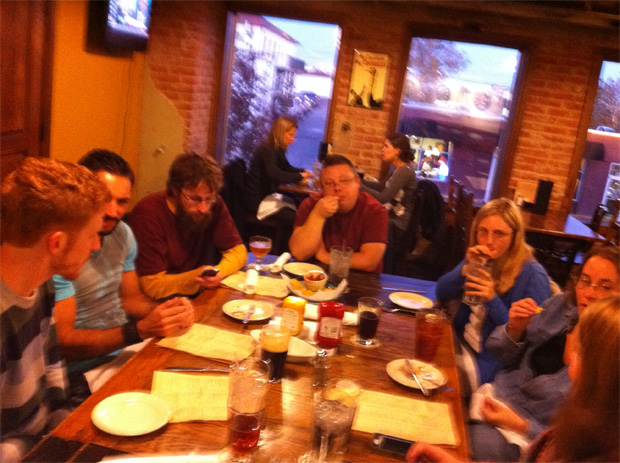 Here’s some highlights we shared over dinner:

Amy Samuel, fresh from her 2 weeks in India, went and saw the Immortals movie and played “Glitch” (a game created by the Flickr team).

Matt Milburn painted while he finished up the final two episodes of the Battlestar Galactica series.

Josh Hatfield went to see Harold & Kumar in 3D. He thought the movie lacked a certian something, you’ll have to ask him for details.

Jonathan Siler wrote a song on Garage Band. Here’s a link to his song. He played it for us last night at McNellie’s but we couldn’t hear it because of the high level of frivolity surrounding us.

Troy Knapp had plans to ride his mountain bike, but a misplaced pedal wrench thwarted that. Troy rebounded with a super-hero double feature of Thor and Captain America.

Jessica Hough started on the final book of a series she’s been following for 10 years. And she also played bass on “Rock Band 2” with her mom. Mom played drums.

JR Ross played some basketball, worked out and then booked his Honeymoon Travel Extravaganza. Becca and JR will be honeymooning across Europe, with England, Amsterdam, Italy, France, and Switzerland as destinations. Very cool.

I, Dave Miller, went shooting at the indoor range at Heartland Outdoors. And I bought two tickets to Roger Water’s “The Wall,” which will be performed at BOK Center in Tulsa next May. So, I had fun and I scheduled some fun. 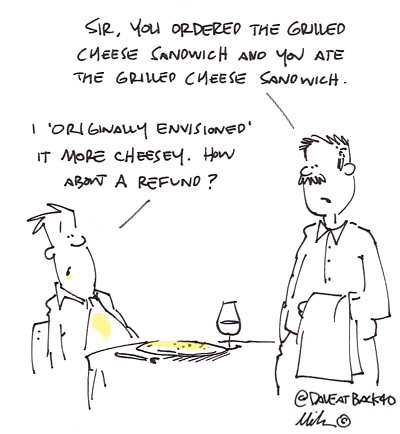 How, When & Why to Refund a Web Design Client