Vendor Relations or Lack There Of

I received 2 emails from former vendors last week. They couldn’t be more different.

Both emails were from individuals Back40 used for the creation and production of our print products. Both performed satisfactorily and in both cases, I made the decision to work with another vendor that was a better fit for Back40 (when businesses say “better fit” it can mean things like: more cost effective, better quality, more timely delivery, fewer issues, improved relationships – things like that). Both of these former vendor relationships were multi-year affairs and both were high dollar expenditures.

Vendor #1 contacted me by email. The tone was friendly. He was was checking in with me. He thanked Back40 for the business we have done in the past, asking how our new vendor relationship was going and if it was all that I expected. He let me know that he would like to opportunity to work with us again and that I could call anytime to discuss. Very pleasant and professional. I like that. And I emailed back thanking him for reaching out to me. I told him we had a few issues getting started with the new vendor but things were now going as expected. I also affirmed that if the situation arises, I would be happy to do business together again.

Vendor #2’s email – not so nice. It was a terse communication. Terse would actually be an understatement – it was angry and accusatory. Apparently, this former vendor was still very upset that we no longer employ his services (the business relationship ended more than 18 months ago). The email went on to say he doesn’t know why we parted ways; that the vendor we are using now is no better than him. But my favorite part was when the he used the term “chicken shit” to describe how I let him buy me lunch a short time before we parted ways. Nice. He then concluded the message by telling me this is a terrible way to do business. He’s got a point there, it was bad timing on the lunch date.

I emailed back Vendor #2, thanked him for emailing me and explained I had had no idea he was harboring resentment. I went on to reference several past emails (cut & paste communication from 18 months ago) on why I made the decision to move onto another vendor. I ended my reply be informing him I would not be answering any more angry e-mails from him. Oh, and I apologized for my unfortunate timing on the lunch and informed him I was sending along an e-gift card for a free lunch on Back40 at a local eatery.

I did find one thing that Vendor #2 and I agree on…at the bottom of his email in the signature was this italicized phrase: “Your referrals are the heart of my business.” If he does believe that message, I don’t think it was demonstrated.

So, all this is to say, I appreciate the clients and vendors we work with – past and present. I have always thought of Back40 as being in the relationship business, rather than the design business. I also understand clients and vendors sometimes move on without each others’ permission. And that there is a right and wrong way to handle the transition.

Whenever I am crafting a difficult letter I always clear the ‘addressee’ field just so I can’t accidentally send the email. It’s like putting a safety on a loaded gun. 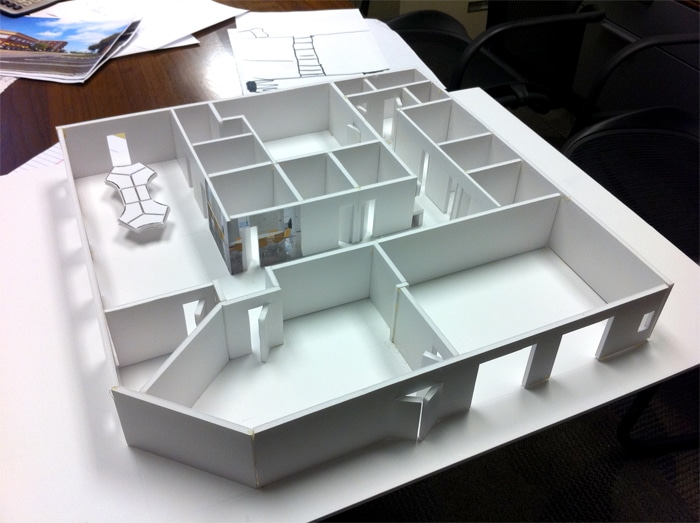 Back40 on the Move (to new our new space)