Sometimes you need to be told something sucks. Especially, if you’re a leader.

If you can’t tell your leader something sucks – who can you tell? It’s what the leader does with the message that’s most important. A true leader can take a ‘… just sucks’ and turning it around – all the way around – until its a smile. This is one of those stories. 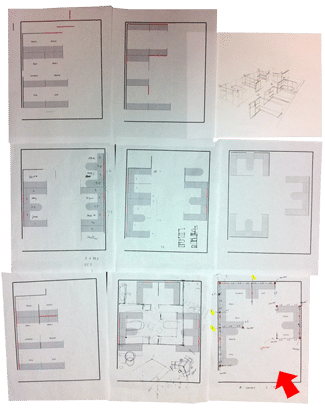 The application of … ‘just sucks’ was judicially applied to my final plan for rearranging the web department workstations. It was delivered via IM from one of our talented designers, Amy Sharp. Granted, I took on this task without anyone’s help, suggestions or guidance. And after hours of layout variations, I chose what I thought would be the best for everyone and presented it to the department. My delivery was sort of a “Well, isn’t this great” presentation. I took the lack of complaints as a positive sign. And a blessing to move forward. Are you counting my mistakes?

Shortly after my presentation, I received Amy’s IM. I quickly deduced that she was less than satisfied with the proposed layout. I invited Amy in to the confines of my palatial office and initiated a discussion. She had some great points. And they were more thought out than her previous comment. Which I appreciated. I thanked her for voicing her