Our first stop on this year’s Christmas party was the OKC Bricktown Ball Park. The whole company (and families/guests) went snow-tubing. There were two large ramps, one for kiddos and one larger faster, slide for adults and children 4′ and taller. We slipped and slid for an hour and a half. Thankfully, the weather was great – about 50 degrees, no wind and bright sun. It was great. 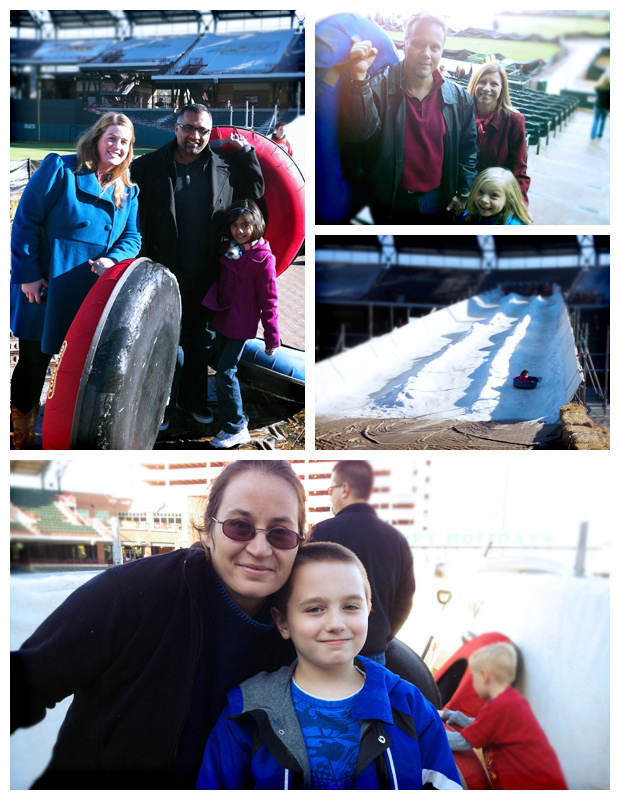 Our next stop was the Blue Sage Studio in Oklahoma City, near the Plaza District. Andy Boatman, chief glassblower and studio founder allowed us to set up a private party with catering by Iguana Mexican Grill. We nibbled, noshed and nom-nom’ed our way into the evening. About half of our group took part in glassblowing custom Christmas ornaments. Most all of the kids participated, even a few reluctant teens got in on the action – plus a few Back40 staffers. 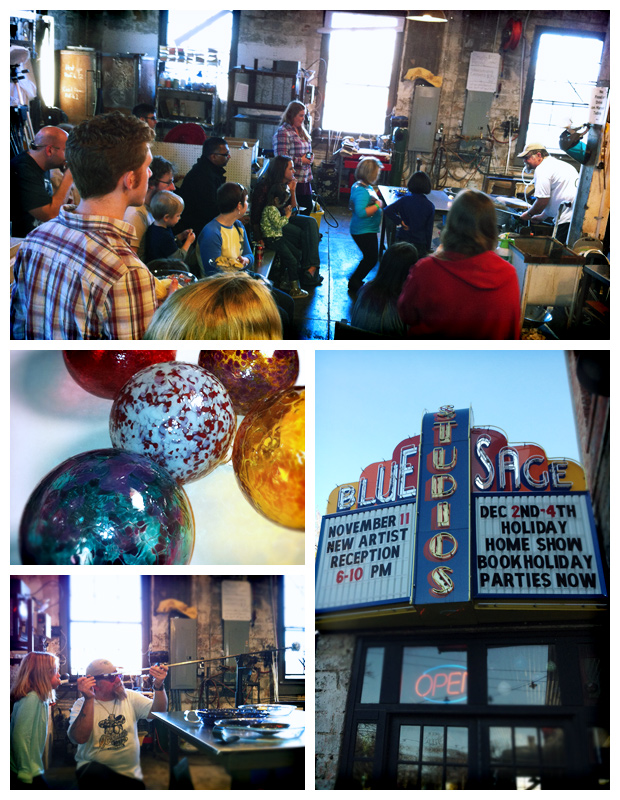 I have no idea how we are going to outdo ourselves next year, perhaps skydiving followed by pony rides? I’m open to ideas, people.