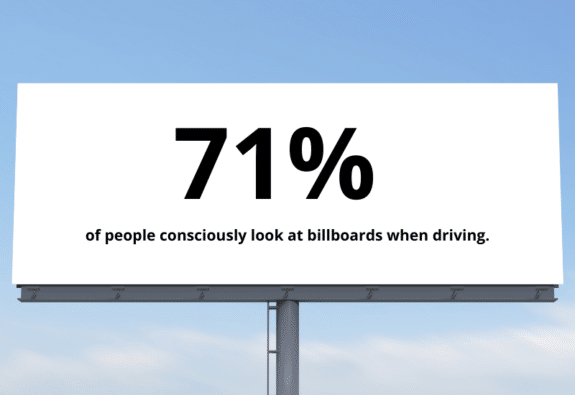 Whether you’re commuting to work or taking a trip out of town, you’ll soon find yourself glancing at billboards along the way. If you’ve ever wondered how effective billboard advertising is, you’re not alone. For small- to medium-sized businesses working on a limited budget, the time people are in their cars is crucial. If done right, billboard advertising can be a powerful tool in attracting more customers.

Out Of Home Advertising

Today’s out of home (OOH) advertising offers more creative avenues when it comes to businesses getting out their message. OOH is highly adaptable and billboard advertising is just one aspect of its unlimited marketing potential. Billboard advertising utilizes large-scale print to market a company, brand, product, or campaign. Since billboards are placed in high traffic areas, it is an effective method of building brand awareness.

Who Would Benefit From Using Billboards

Businesses looking to generate more brand awareness or advertising specific store locations would work best using billboards. Billboards are usually located near high traffic areas such as highways and this location is perfect for local businesses to get their name out there.

Be sure to consider if billboard advertising is right for your business. Ask yourself this:

For those looking for a more nontraditional route to outdoor advertising, then continue reading to learn about mobile billboard advertising!

Mobile billboards produce high value for companies big or small. Moving advertisements tend to be more memorable and a higher-level engagement with the advertisement itself. Due to its move-ability, mobile billboards narrow-cast down to a hyper-local level. According to statistics found on this site, mobile billboard ads found on trucks were noticed by 98% of people in the cars. Not to mention that The Outdoor Advertising Association calculated that each truck can generate 30,000 to 70,000 impressions per day. Location and routes are key when tracking where the target audience will resonate most with the ad.

Demographics and location insights will aid in identifying the specific type of audience. In the end, not only will you reach high-frequency rates, but you will also create lasting impressions on your audience. A few other benefits of mobile billboard advertising would be:

While mobile billboards are nontraditional, that doesn’t make them any less effective. In fact, they are an exciting and engaging way to generate more word-of-mouth marketing. This is a media format that isn’t as common as stationary billboards, but it helps break through the noise of other advertisements.

How Much Does Billboard Advertising Cost?

Billboard advertising costs vary depending on format, demographics, and impressions. If you are considering the nontraditional route and are looking towards digital billboards, then you’ll find those costs to be significantly higher. Regardless of which route you choose, billboard advertising is an investment you need to be willing to make.

Billboard prices vary depending on location and some cities within the United States can be costly. According to the statistics, Oklahoma City averaged $1,800 while Seattle Washington averaged around $4,000.

As you begin to figure out the rental costs, you’ll then need to research design, installation, and additional fees that come with billboard advertising.

Installation cost: This information could be included in the rental rate, but depends on the provider.

How To Choose A Location

Location is everything when it comes to billboard advertising. Traffic speed, travel destination, and proximity of billboard to the road all influence the effectiveness of the billboard itself. Be sure to evaluate several locations and visit them before committing to billboard advertisement. Once that is done, find where your customer base is coming from and choose the location that will generate the most traffic to your brand, company, campaign.

If you already have a location, take a look at the advertising company next time you visit or pass the sign. The company’s logo will usually be listed below the image on the billboard.

As with any industry, there will always be competition. If you look into areas with lots of other nearby billboards, you might be able to find some good discounts. However, this means that you might have difficulty standing out amongst the others in that area. Competition drives price and billboard advertising not only costs money to rent, it also requires production costs.

Billboard size is one of the determinants of price when it comes to design costs. Visually, a bigger billboard is easier to see than smaller ones especially when placed near a highway. The standard billboard size is 14” by 48” and can give you unparalleled visibility, but costs can increase as you get into the designing aspect of your billboard-like lighting. If you want your billboard to be visible at night, then lighting is the way to go. Some examples of billboards that utilize lighting would be casinos, restaurants, and even some retail stores. Lighting also helps in gaining more impressions since they are easier to see at night.

For someone looking for more insights on the concept of a billboard, it is important to note that the largest one available is termed as the ‘bulletin’. However, the size of the advertising region also depends on the location and business preferences. Typically, a standard billboard measures around 14 feet in height and 48 feet in width, in usual cases.

The Impact of External Factors On Billboard Advertising

Billboard advertising costs are affected by circulation, demographics, and impressions.

Impressions: Unless specified in-market, impressions include all people who notice the ad. Other factors like the size of the billboard, visibility, the speed at which people are passing play a part in this area as well.

As mentioned before, billboards are an investment. This investment can be expensive or inflexible, however, the high exposure and targeted message can be beneficial to your return on investment. After understanding how much a billboard costs, we can compare the pros and cons of billboard advertising.

Both formats have clear advantages when it comes to billboard advertising. Whether you are wanting a stationary or dynamic billboard, it all comes down to what would work best for your company or campaign.

Traditional billboards allow for more exclusivity, meaning your display will be hard to go unnoticed. Unlike digital billboards, static ones make up the majority of OOH advertising and outdoor space which makes them more readily available. There’s always room for creativity and with traditional billboards, you won’t be limited to specific dimensions.

Digital billboards work best for those looking to increase their engagement. Since these are more dynamic in nature, the motion draws more attention to those passing by. Digital designs are more flexible than printed ones which allow for quick turnaround if you decide to change the design. The best feature for digital billboards is being able to advertise at peak times. Rush hour or seasonal campaigns are the perfect times to make sure your ad is seen at the right time.

At the end of the day, billboard advertising can help your business reach a larger number of people if done correctly. For entrepreneurs or local businesses whose target audience is broad, yet within a similar geographic area, billboards help in narrowing down that audience.

Your billboard advertisement should appeal to your audience type and reflect your marketing goal.

Even though we’ve covered the pros and cons of billboard advertising, is it a truly effective strategy for brands? Having your billboard being noticed is only half the battle. You also need to be able to ensure customers take some sort of action after seeing your ad. The Arbitron National In-Car Study, found that 71% of Americans consciously look at billboard messages while driving. Those same people were able to learn about a new event or restaurant they later attended. It is these instances that show just how impactful billboards can be.

What exactly is an effective billboard? Creating a strategic and engaging ad is the key to making sure your ad is memorable even after being viewed once. Billboard advertisements that contain too much information can be overwhelming as they drive by. Avoid incorporating provocative content as this could lead to accidents. When creating your ad, stick to two or three colors and no more than six words. This will draw commuters attention and communicate clearly with the potential audience base.

Billboards are great marketing tools when used correctly. Strategic planning involves figuring out which area best suits the service you are providing, more specifically, where that service is needed. Unlike ads you see on your phone or computer, billboards are mostly unavoidable. You must consider which aspects of the billboard advertisement are significant enough to draw more attention. Compared to other forms of advertising, billboards can run a lot cheaper in the long run and the results can outweigh the initial investment if done right.

Oklahoma City is a growing industry for digital marketing agencies and there will always be opportunities to grow your business. It can be overwhelming at first when trying to figure out the best ways to market. If you’re interested in finding out how we could help, check out our digital marketing services here. 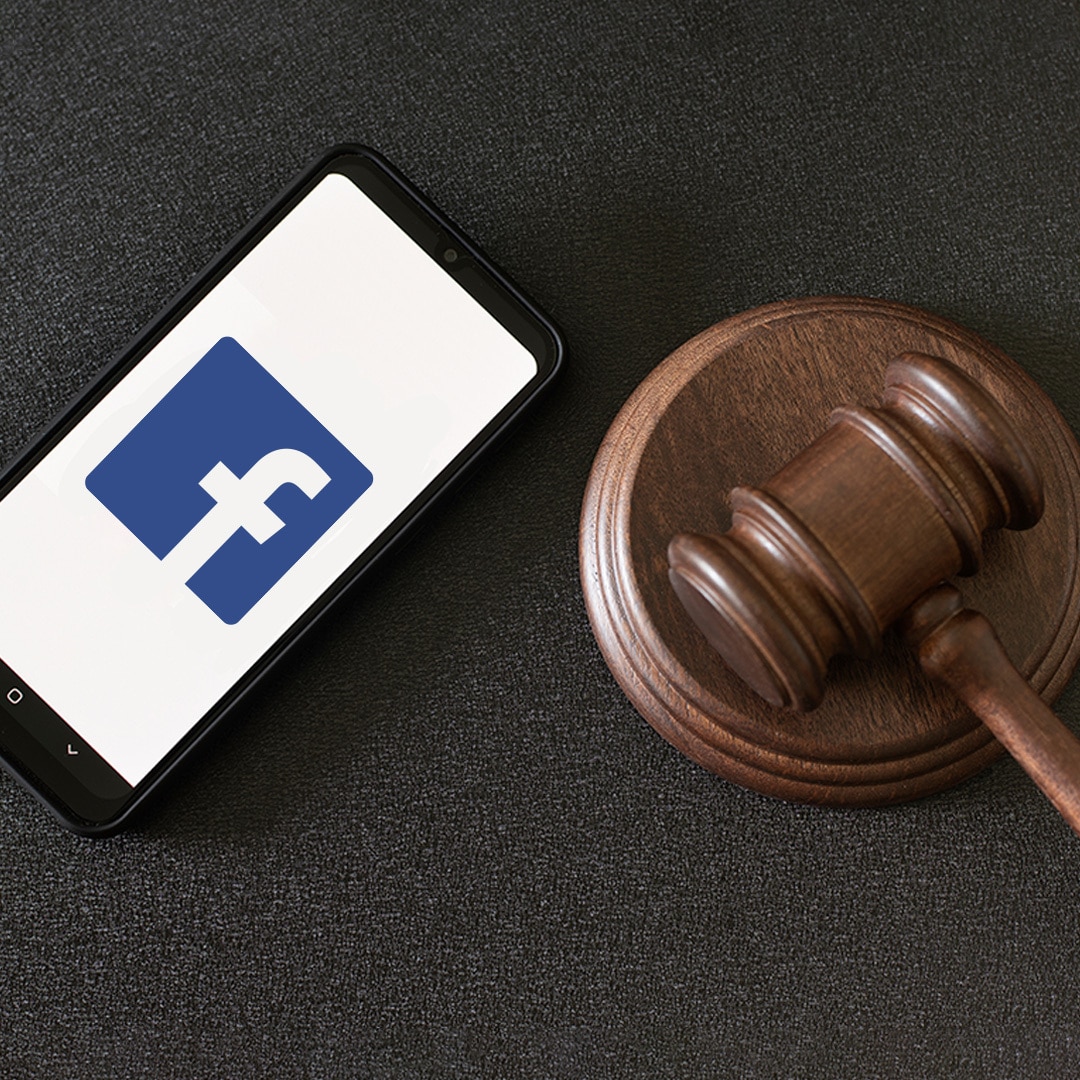 By Back40
Back to Blog