Turns out, creating a website in Japanese using our Javelin CMS isn’t all that difficult. Javelin supports the language characters just fine. The hard part is the conversion. 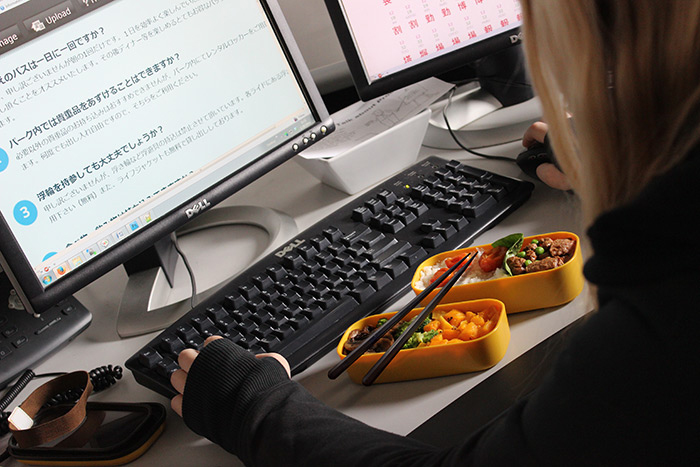 Japanese has three distinct alphabets. Hiragana and Katakana are the two phonetic alphabets (each has a specific purpose within the language) and Kanji which is derived from the Chinese alphabet. In total, there are around 50,000 Kanji characters, although only 2,000 – 10,000 are commonly used.

So, creating unique fonts is a prohibitively time-consuming and costly, which is why most headings are created with images. Which leads to problems like…

Background images aren’t bad…when not used for content. The original site from which we converted had every heading, content image, number image (like the ones above), button, and navigation in a background image. Why is this a problem? Because it’s not “on the page”, the original creator had distinct files for each and every page. Each page had its own stylesheet, set of images (even if they were repeated), and unique quirks.

Javelin works from a template-based system. We create a template that houses specific content regions and then fill those regions with the content. Converting all the background images to in-content images (and making it so the client could easily update it) required a bit of imagination and led to an issue with…

Because we were converting background images to in-content images, we had to make them accessible by adding alternate descriptions and titles. That’s an easy process in Javelin: the “Add image” prompt has fields for it. However, adding the descriptions in Japanese was more of a challenge.

Luckily for us, I’m somewhat of a Japanophile and have been trying to learn Japanese. I had resources (such as Lexilogos) and knew how to count strokes in Kanji so was familiar with how to look them up.

My lunch, pictured above (in case you wanted to know) consists of rice w/tomatoes, sesame chicken, roasted butternut squash, broccoli, and sautéed mushrooms. 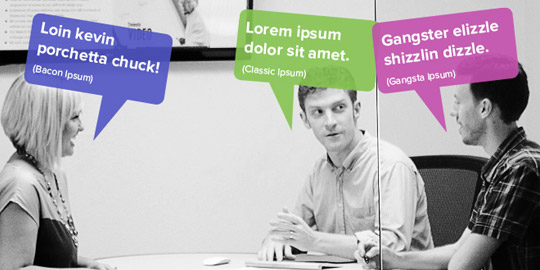 10 of Our Favorite Lorem Ipsum Generators

By Jessica Hough
Back to Blog