10 of Our Favorite Lorem Ipsum Generators

Dummy text (usually Latin) is filler content that allows our clients to view their design without being distracted by the content. By using unreadable text, clients can see how the page will look on a surface level, ensuring that the colors, ratios, and specific design elements work together.

Lorem ipsum is the standard dummy text for many websites. It’s origins reside in De finibus bonorum et malorum (On the ends of good an evil), a philosophical work by Cicero written in 45 BC. Lipsum.com takes the original Latin translation and puts it into a nonsensical order. 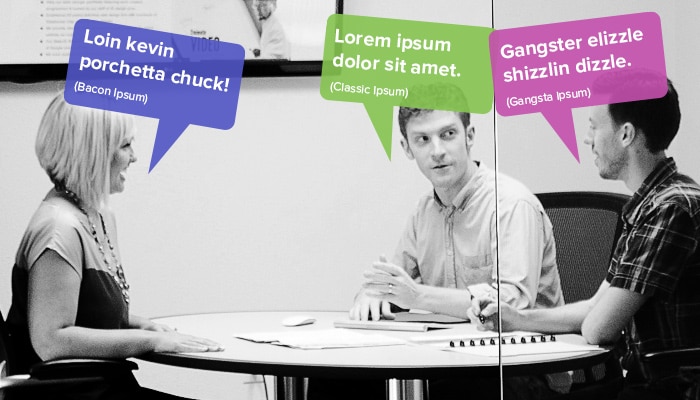 Why we like it: Lipsum.com’s generator allows us to specify a number and then will give us that number of paragraphs, words, bytes (characters), or lists.

Blind Text Generator generates text based not only on the “standard” lorem ipsum, but Cicero’s original work, Cicero’s English translation, and several other classic works in English and in other languages.

Why we like it: Blind Text Generator let’s us specify a specific word count, character count, and paragraph count. What makes it unique is its column adjuster, which allows us to see how the selected amount of words/characters fits within a set line length.

Dummy Text Generator, while not as customizable as the two generators above, offers another solution for lorem ipsum and English gibberish dummy text.

Why we like it: Though we can’t input our own options, Dummy Text Generator still allows us to select a number of words and paragraphs. What makes it unique is its ability to include random headings and subheadings along with random bold and italicized words.

Fillerati generates one to ten paragraphs from out-of-copyright classics, including A Princess of Mars by Edgar Rice Burroughs (which was made into the Disney bust John Carter) and Alice in Wonderland by Lewis Carroll (which was a much more successful movie).

Why we like it: We can use the phrase “I was a battleground of fear and curiosity” on any website.

Sample: ‘We indeed!’ cried the Mouse, who was trembling down to the end of his tail. ‘As if I would talk on such a subject! Our family always HATED cats: nasty, low, vulgar things! Don’t let me hear the name again!’

Professional Lorem Ipsum works like most dummy text generators, but with the ability to generate text in nearly every language and alphabet.

Why we like it: If we have a need for a different alphabet—usually for those that contain accent marks—then we can easily test our fonts to ensure they have the characters we need.

RandomText offers a unique method for creating dummy text: query strings. Instead of using the in-page options, it is possible to create a bookmark for commonly used dummy text strings. It also offers an API which allows for more functionality.

Why we like it: Instead of loading the site and picking the options, we can bookmark http://www.randomtext.me/#/lorem/p-1/50-100 and get a unique paragraph each time.

Bacon Ipsum is a fun lorem ipsum generator that will put “meat words” into the dummy text.

Why we like it: We can choose between “All Meat” and “Meat and Filler.” And the submit button reads “Give me bacon.”

Why we like it: The page itself contains 7 instances of F***.

Why we like it: The “Generate Lorem Ipsum Dummy Text” button reads “generate gangsta loremizzle my ippzel dummy text.”

Hipster Ipsum generates either lorem ipsum with additions of “Hipster-speak” or straight Hipster.

Why we like it: The “Type” options are “Hipster w/ a shot of Latin” and “Hipster, neat.” Also, the submit button reads “Beer me.” 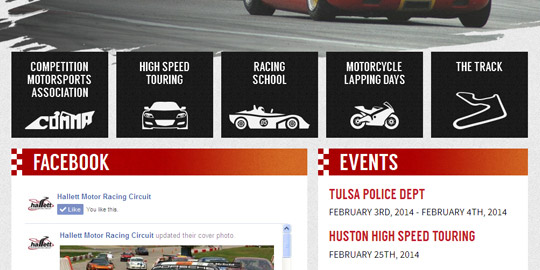